Stonehenge and Easter Island are just the tip of the iceberg when it comes to unsolved mysteries. 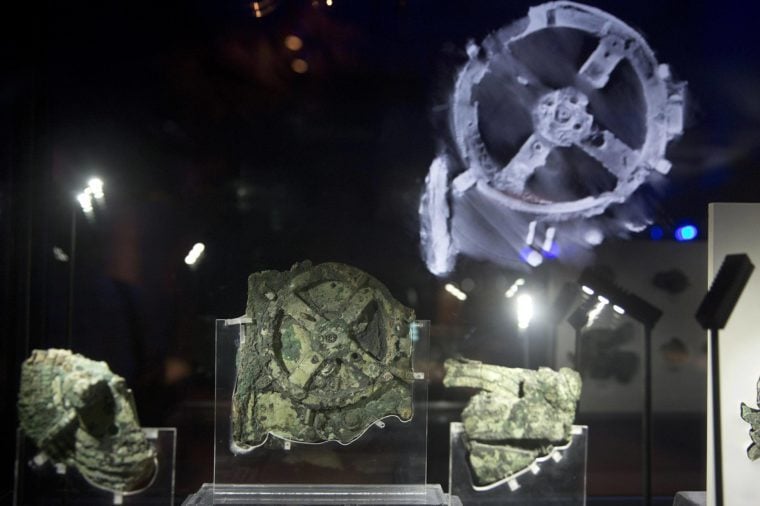 The 2,000-year-old Antikythera mechanism found in an ancient Greek shipwreck has been dubbed the “first computer,” using a wind-up dial system to track celestial time of the Sun, Moon, and five planets, along with a calendar, the phase of the Moon, and the timing of eclipses. It was more sophisticated than any other tool that would be invented for the next 1,000 years, which sparked theories that it must have come from aliens. While most researchers don’t stand behind that theory, they still aren’t sure how the Greeks managed to create a tool so much more advanced than anything we’ve seen of that era. Don’t miss these other 15 science mysteries researchers can’t solve. 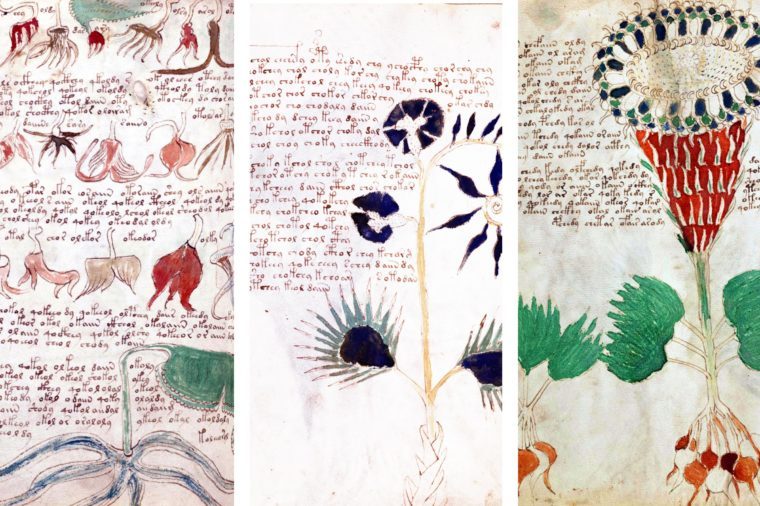 The Voynich Manuscript was written in Central Europe 600 years ago, but scholars still have no idea what the pages say or even what language it is, as it’s the only known example containing its looped alphabet. Researchers put forward new translations every year, but none have stuck so far. Recently, artificial intelligence suggested the words are Hebrew written in code (as previous experts have also proposed), but that study was only able to match 80 percent of the words to Hebrew, and even then produced incoherent sentences. 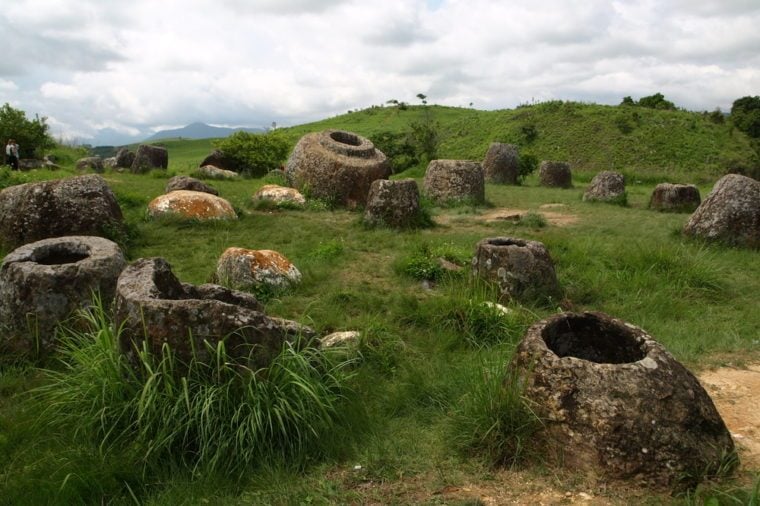 Amid mountains in Laos, a field is home to the Plain of Jars. The massive stone jars—some are almost ten feet tall—are from 2,500 years ago, and no one knows why they’re there. Nearby human bones suggest the jars might have been used for burial or to house decomposing bodies before being cremated or going to another part of the funeral process. Meanwhile, locals say the vessels held whiskey for a mythical giant, or rice wine to celebrate giants helping them defeat enemies. Undetonated U.S. bombs from the Vietnam War are still scattered in the area, so only seven of the 60 Plain of Jars sites are open to the public. Check out these other forbidden places no one will ever be allowed to visit. 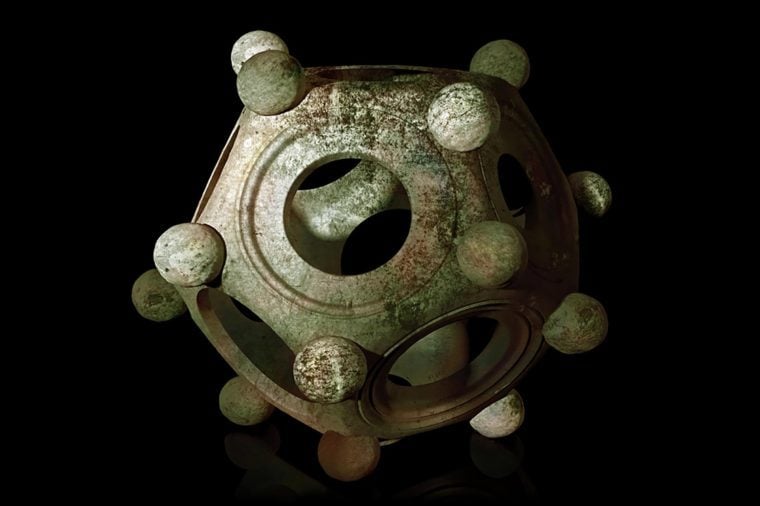 These mysterious objects got their name from their 12 sides, but the shape is about all that experts can agree on. Made between AD 100 and 300 of bronze or stone with a hollow center, the Roman dodecahedrons’ use is hotly debated. Some believe the 12 sides had to do with zodiac signs, while other theories suggest the objects were weapons, toys, or religious symbols. 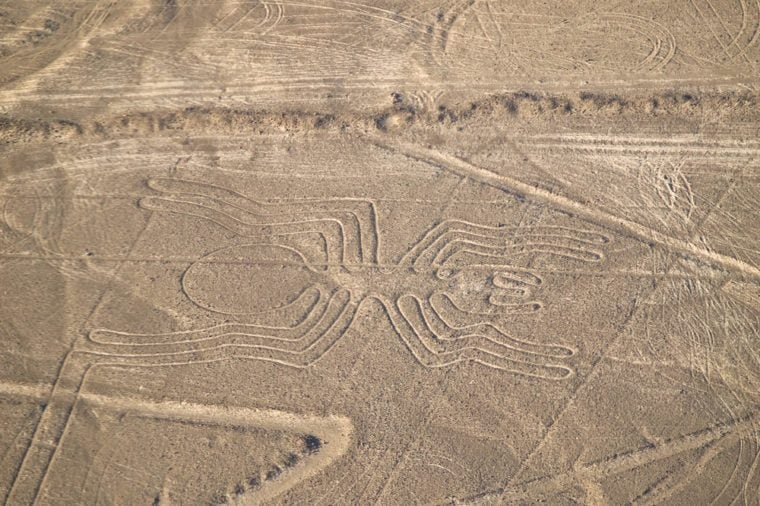 Between AD 1 and 700, the Nazca people of Peru carved 12 to 15 inches out of rust-colored rock, revealing the lighter-colored stone in deeper layers. The result was massive pictures in the ground of animals, plants, humans, and geometric shapes that are best seen from an airplane. Some outlandish theories suggest the carvings point to aliens or ancient astronauts, but researchers can’t agree on some of the more realistic theories, either. Initial scholars suggested the Nazca Lines were connected to astronomy, while recent theories argue they were used for begging rain from the gods. 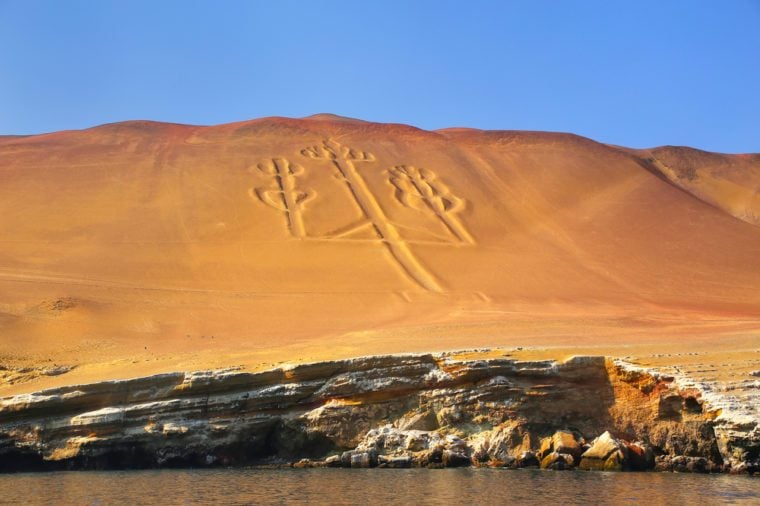 The “Candelabra of the Andes” carved into a Peruvian hill of petrified sand is similar to the Nazca Lines but presents its own mysteries. The 600-foot long artifact was created around 200 BC, but no one is sure what it represents—though it isn’t a candelabra, as its name would suggest. Some say it was created as a tribute to the Viracocha, the Incan god of creation, while others believe it represented the hallucinogenic jimsonweed and would draw in those who were taking it. You’ll never believe these 15 bizarre ancient remedies actually existed. 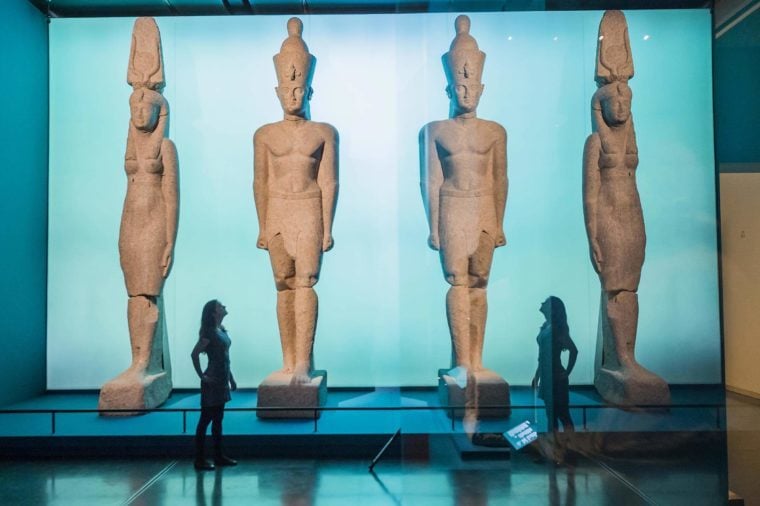 About 2,700 years ago, the Egyptian port city Thonis-Heracleion served as the gateway to the Mediterranean, but the urban center was lost in time for thousands of years. It wasn’t until the early 2000s that a group of divers stumbled upon some ancient artifacts. Eventually, they found out an entire city was buried underwater by the Egyptian coast, complete with bridges, 16-foot statues, animal sarcophagi, and other ancient marvels. Archaeologists can’t be sure how an entire city ended up in the Mediterranean Sea, but they believe that toward the end of the first century BC, a combination of tsunami, earthquake, and rising sea levels caused the soil to liquefy enough to sink fully before AD 800. Visit these other 15 places that might disappear in your lifetime before it’s too late. 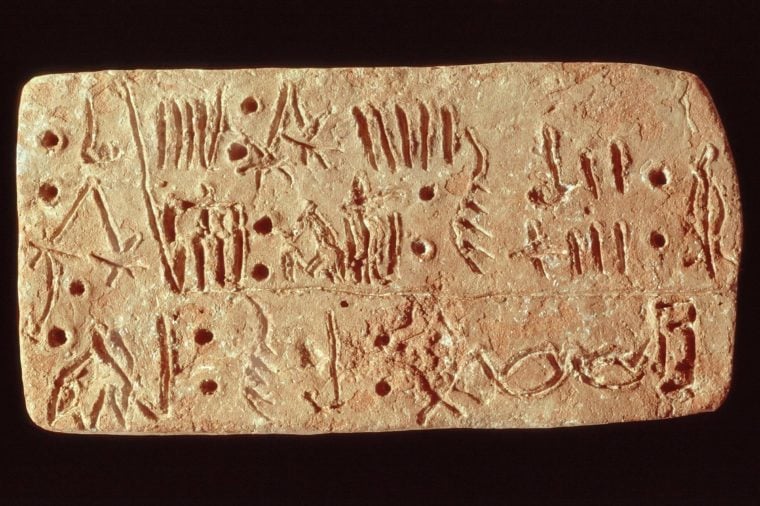 Two distinct but similar writing styles—Linear A and B—have been found on ancient Minoan relics, but researchers are still scratching their heads over the former. Greek-based Linear B was cracked in 1952 and represents syllables rather than letters. Still, that knowledge hasn’t opened the door to deciphering Linear A, which was used between 1800 and 1450 BC. Learn about the 15 most mysterious sites in Ireland. 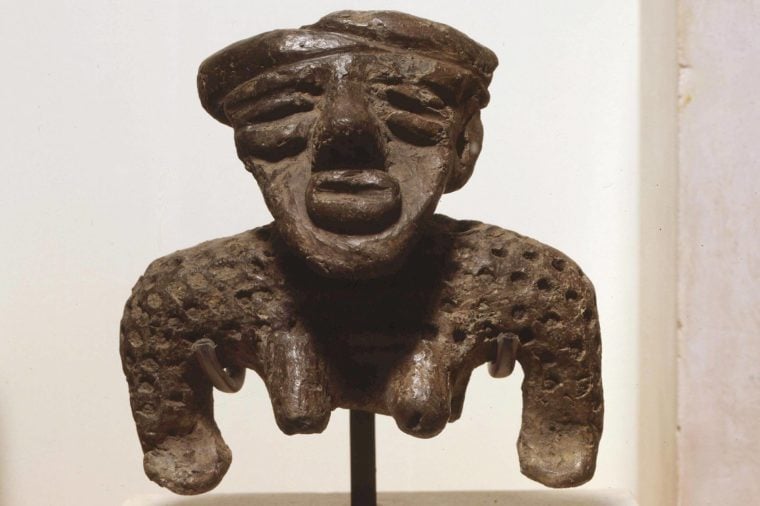 Created during Japan’s Neolitic Jōmon period, the dogū are clay figures, a cross between human and animal. Archaeologists have uncovered about 18,000 of them, ranging from 2,300 to 10,000 years old, but they still aren’t sure what they were used for. Some theorize the everyday objects were used as toys, while others think they may have been fertility symbols. 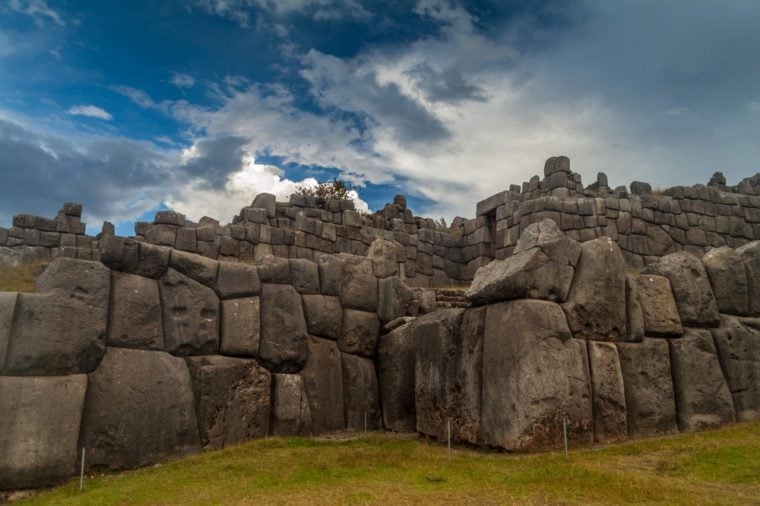 Many questions surround the Incans’ stone structure in Cusco, Peru. It was initially thought to be a fortress, but later evidence suggested it was used for ceremonies. No matter what its use, architecture of Sacsayhuaman is astounding; its stones fit together so perfectly that it remains sturdy without mortar holding them in place. Although they fit together snugly, they aren’t all the same shape, which suggests workers might have created the design as they built it. Add the fact that moving the stones, which could weigh more than 100 tons, was a feat in itself, and Sacsayhuaman is an ancient mystery. Here are more UNESCO World Heritage sites everyone needs to visit.

Does The Summer Make You More Productive?

“In theory, happier employees can get more done.”